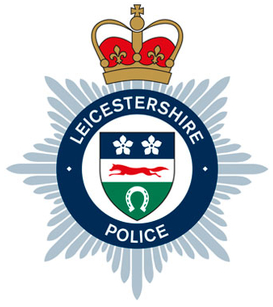 *Names and addresses have been changed to protect the privacy of the individuals.*

Just wanted to let you know about the fantastic response I received regarding a recent referral made to the NCDV (National Centre for Domestic Violence). I know a lot of you had the training when the NCDV visited the other week (I missed it!) but just wanted to promote how easy, quick and straight forward it is with a recent example…..

On the 21st February a very simple referral was made through the NCDV for Sheila Smith of 17 Any Road, Loughborough. Historically there have been lots of domestic issues involving her sons Mark and David Smith which often results in them getting arrested but no charges being brought against them.

An example of this recently was a public order incident involving Mark at the address. Sheila made a statement of complaint to the police but once again due to evidential difficulties he was released NFA. It was then queried if a Non-molestation order could be explored.

I received an email almost immediately acknowledging the referral and was advised someone from the First Steps team would be in touch with Sheila to discuss her requirements. Within a couple of hours all the necessary paperwork to apply for a Non-Molestation order and the papers had been sent to the solicitor who in turn met with Sheila. A court hearing was set some 3 days later and the order was granted against Mark Smith to run for a year with a power of arrest attached. The NCDV even served the paperwork on Mark Smith within 2 days of it being granted. Done and dusted in a week! Sheila feels so relieved and while court was daunting she has said if David causes problems on his release from HMP she will go through the same process for him.

The Non-Mol paperwork can be downloaded from their website and I have since generated a MASTER NICHE to record the information should a job get called in and placed the details on PNC.

It’s not often something is straight forward in this job but this really is and is worthy consideration for repeat DV/harassment victims.

Many Thanks for reading
Leicestershire Police

Previous Post Why do I work for NCDV?
Next Post Public to have say on new legislation